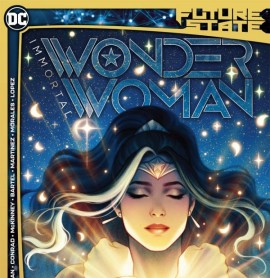 The Undoing is here. Superman couldn’t stop it. Darkseid couldn’t stop it. Only Diana Prince is left to hold back the being that could spell the complete disintegration of the cosmos. But will even she be powerful enough for the task?

Meanwhile, in another future, Nubia’s attempts to stop the theft of ancient artifacts have led her to an even bigger conspiracy, and an even bigger foe. Circe is up to her old tricks, even after all these years—and she has an offer that Nubia will find hard to refuse. 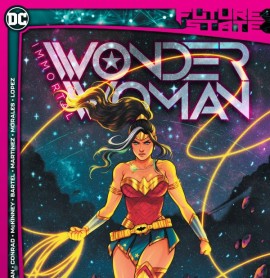 The Undoing are coming. Long past the Age of Heroes, few of Diana Prince’s friends survive, and most of her sisters have passed as well. As an immortal goddess, this is her lot. But then, a threat appears that even the mighty Darkseid can’t handle—and it’s up to Wonder Woman to take on the battle! It’s big action and high fantasy at the end of time.

Then, peer into a closer future as the original champion of Themyscira strikes out on her own. Things have not been stable on Paradise Island for some time, and Nubia has found a new home in Man’s World. Now, she is tasked with protecting it from the dangers of the world of myths and magic. 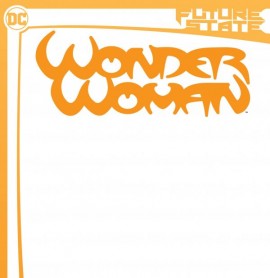 HELL TO PAY, PART ONE

Deep in the heart of the Amazon rainforest lies a hero of mythic legend…Wonder Woman! But in the absence of Diana, Yara Flor has risen out of obscurity to protect Man’s World from the magic that lies within it. Along with her trusty steed, she journeys to the Underworld to rescue one of her Themysciran sisters from the grasp of Hades. Will she unleash the wrath of this god in the process? You won’t want to miss this first appearance of a character who will change the history of Wonder Woman forever!