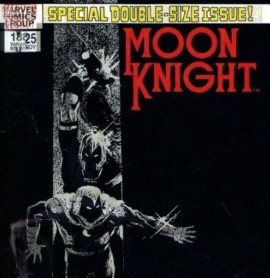 CRAZY RUNS IN THE FAMILY, PART 1

A new day is dawning and with it comes an enemy unlike any that Marc Spector, Moon Knight, has ever faced.  Moon Knight has always been a protector from the shadows, but this new enemy is looking to extinguish that shadow with blinding light and fire.  Get ready for the introduction of Moon Knight’s greatest nemesis! 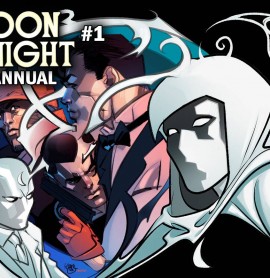 MARVEL COMICS
(W) Cullen Bunn (A) Ibrahim Moustafa (CA) Pasqual Ferry
MOON KNIGHT  BATTLES KANG THE CONQUEROR!
KANG THE CONQUEROR has found a way to rewrite history in his own image! But when the chance to settle an ancient grudge against the Egyptian god, Khonshu, tempts Kang, the process is interrupted and time and reality quickly go haywire. Now, Khonshu’s avatar, Moon Knight, must find a way to fix the time stream before Kang is able to complete his goal! But with time acting erratically, there’s no telling where Moon Knight will end up – or WHEN!
Rated T
Add to Cart