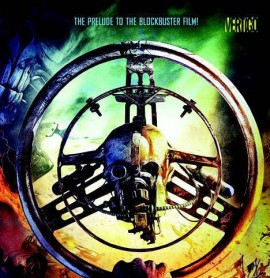 VERTIGO
(W) George Miller & Various (A) Riccardo Burchielli & Various
In a fallen world ravaged by oil and water wars, humanity exists without law or mercy.  All those who wander the Wasteland are ruled by a single imperative… survival!
Among them is Max Rockatansky, a Road Warrior haunted by his turbulent past…
“As the world fell, each of us in our own way was broken.
It was hard to know who was more crazy…Me…or everyone else?!”
The four stunning tales are collected in a single volume from the mind of George Miller, the creator of the Mad Max trilogy.
In these preludes to the film, witness the rise of a war hero turned tyrannical warlord known as the Immortan Joe, along with the story of one of his “War Boys,” the indomitable Nux. Plus, follow the journey of Furiosa, Immortan Joe’s most feared Imperator, and witness the cycle of violence and tragedy as the Road Warrior Max Rockatansky fights to rebuild his Interceptor – the vehicle that ensures his freedom!
Finally, exclusively available in print for the first time, the tale of the mighty War Rig and the lives it claimed throughout its wild road battles!
Add to Cart 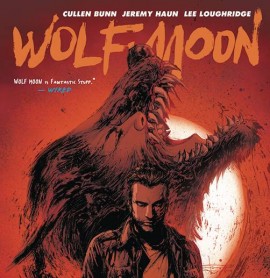 VERTIGO
(W) Cullen Bunn (A) Jeremy Haun (CA) Leonardo Manco
How do you hunt a werewolf if a different person becomes the monster with every cycle of the moon? Dillon, a former victim of the Wolf’s transformation, is taking it upon himself to track the sporadic movements of the Wolf in hopes to kill it. Hoping to uncover some clues, Dillon turns to a reclusive expert on werewolf legends, and what he learns crushes any hope of ever destroying the creature. Collects WOLF MOON #1-6
Add to Cart

Unfollow Vol 03 Turn it Off TP

VERTIGO
(W) Rob Williams (A) Michael Dowling & Various (CA) Matt Taylor
It’s the conclusion to UNFOLLOW in these tales from issues #13-18! First, learn how Akira plans to defeat Larry Ferrell’s 140 experiment and move the world toward peace. Then, the last survivors of the original 140 meet for a final showdown with Larry Ferrell! And what will become of Rubinstein’s mask when it returns home?
Add to Cart 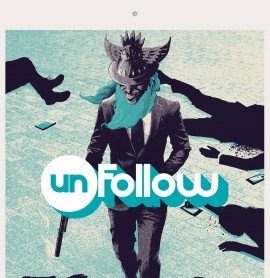 VERTIGO
(W) Rob Williams (A) Michael Dowling & Various (CA) Matt Taylor
In these stories from UNFOLLOW #7-12, the 140’s numbers are starting to drop-it’s so easy to fall in front of a bus these days-and so Larry Ferrell’s chosen ones spread across the globe. Some are looking for peace, some for extreme firepower. But who placed the full-page advertisement in many of the world’s top newspapers? And who is the 140’s new Headspace follower?
Add to Cart 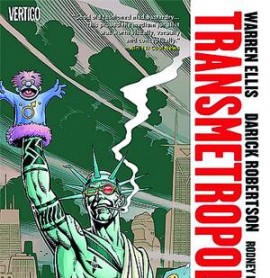 DC COMICS
(W) Warren Ellis (A) Rodney Ramos, Darick Robertson (CA) Jae Lee
In this new edition of volume three, now featuring issues #13-18 of the hit series, Spider Jerusalem begins to crumble under the pressure of fame and escapes into a world of bitterness and pills. Armed with only his demented mind, Spider embarks on an adventure of political cynicism, horrific sex and unwelcome celebrity with disastrous results.
Add to Cart 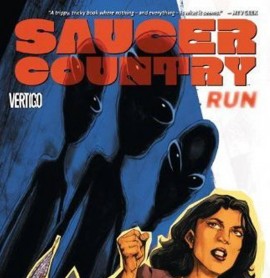 VERTIGO
(W) Paul Cornell (A) Ryan Kelly & Various (CA) Ryan Kelly
In this first SAUCER COUNTRY TP, collecting issues #1-6 of the series and a story from STRANGE ADVENTURES #1, meet Arcadia Alvarado, Governor of New Mexico and Presidential hopeful, who says she was abducted by aliens. She’s already dealing with immigration, budget cuts and an alcoholic ex – and now she’s determined to win the election so she can expose the truth about the aliens – and save the world.
Add to Cart 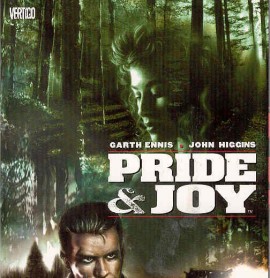 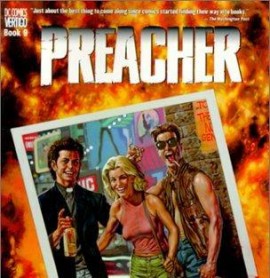 VERTIGO
(W) Garth Ennis (A) Steve Dillon (CA) Glenn Fabry
A new edition of the classic trade paperback featuring PREACHER #59-66, the final chapter in the Preacher storyline and the conclusion of Jesse Custer’s quest to literally find God and take Him to task for the world’s injustices. As the Preacher’s crusade draws to an end, all of the players converge at the Alamo for a final showdown. With the love of his life, Tulip, by his side, Jesse makes his last stand against all of his enemies, including the Irish vampire known as Cassidy, whom he used to call friend. But as the dust settles in the Texas desert, no one can believe how this epic battle of good versus evil will end.
Add to Cart 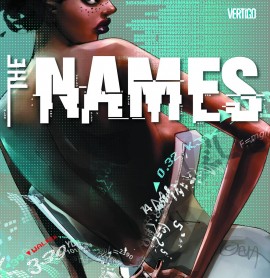 (W) Peter Milligan (A) Leandro Fernandez (CA) Celia Calle
The 9-issue Vertigo miniseries is collected! Kevin Walker is a successful New York trader. He has it all – until the mysterious man called the Surgeon walks into his office. It’s a visit that ends with Kevin Walker’s suicide – and now, Katya, Kevin’s beautiful and deadly wife, must find out who killed her husband, and why – No matter who she has to kill.
Add to Cart 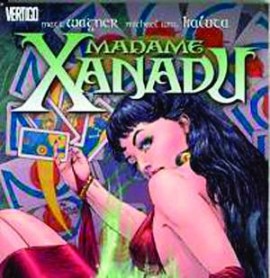 Writer Matt Wagner is joined by master illustrator Michael Wm. Kaluta (THE SHADOW) for this epic story starring the seductive sorceress Kaluta first envisioned 30 years ago. Weaving a mystery that jumps from the Spanish Inquisition to 1940s New York City, long-buried secrets are revealed as Madame Xanadu investigates a murder 500 years in the making. Collected from issues #11-15 of the hit Vertigo series. 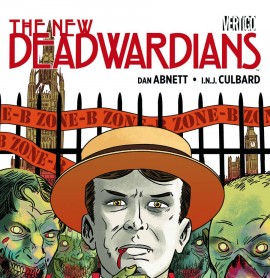 VERTIGO
(W) Dan Abnett (A) I. N. J. Culbard, I. N. J. Culbard
In this collection of the 8-issue miniseries, nearly every member of upper class, post-Victorian England has voluntarily become a vampire in order to escape the lower classes – who are all zombies! Into this simmering cauldron is thrust Chief Inspector George Suttle, a lonely detective who’s got the slowest beat in London: investigating murders in a world where everyone is already dead!
Add to Cart 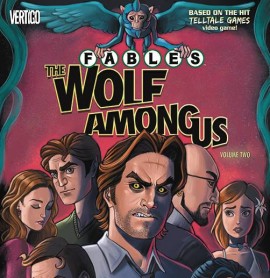 Fables The Wolf Among Us Vol 02 TP

(W) Lilah Sturges, Dave Justus (A) Eric Nguyen & Various (CA) Chrissie Zullo
Beatings and bullets won’t stop Bigby as the hunt for the killer leads him to back rooms, secret passageways and clues he’ll only find by taking a good, hard look in the mirror. Plus, the origin of Bloody Mary, and the Crooked Man’s rise to power. Collects issues #8-16
Add to Cart