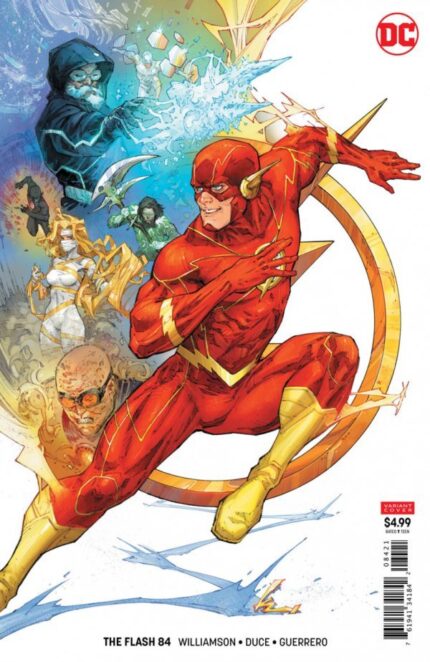 Pay over 3 EQUAL zero-interest instalments of R166.34 with PayJustNow.
Find out how...

Here’s how it works:

PayJustNow allows you to pay for your purchase over 3 equal, zero interest instalments. You’ll pay one instalment at the time of purchase, the next at the beginning of the following month and the last one a month thereafter.
#zerointerest

Browse your favourite online stores and proceed to check-out.

Choose PayJustNow as your payment method.

Create your account as easily as if your eyes were shut (though we’d recommend you keep them open).

Complete your purchase and whoop for joy!

With his green suit and bowler hat filled with question marks, the crazy and systematic villain leans over his stylized walking stick full of hidden devices to trigger his traps in the headquarters of his greatest rival. Dreaming with a distant gaze and roguish smile, his mind never stops creating new riddles to challenge the bat protector of Gotham City and decipher the biggest riddle, the hero’s true identity. Iron Studios bring the statue “The Riddler – Batman Forever – MiniCo”, with Batman’s classic archenemy in his fun and eccentric version in the movies from 1995, in the production by Joel Schumacher.
Facing the multicolored dangers of the playful villain Two-Face in the night of Gotham City, with easy solutions, fantastic vehicles, and little to no discreet gadgets, Batman also faces his former employee and crazy inventor Edward Nygma, that created a device that connects the TVs to the brains of Gotham’s citizens. Rejected and disappointed, the egocentric Edward becomes the fussy Riddler and joins Two-Face to discover Batman’s identity and defeat him. To help the bat, a young orphan trapeze artist and circus acrobat called Dick Grayson, is welcomed by Bruce in his mansion after his family was a victim of Two-Face, but after some rebel shenanigans, he becomes his partner known as Robin.
Misunderstood by the pre-millennium bug audience, Batman Forever, the third movie of the series initiated by Tim Burton in 1989, brought a more familiar tone to the franchise, adorably childish, and with a connotation leaning towards adventure and camp humor, the production introduced his partner Robin played by Chris O`Donnell and the villains Riddler (Jim Carrey) and Two-Face (Tommy Lee Jones) in a more playful and imaginative fictional universe of Batman.
Shipping & Delivery

When will my order be shipped?

At Cosmic Comics, we take pride in packaging comic books and graphic novels correctly for shipping. All comic books are boarded and bagged and packaged in T-boxes for safe, secure shipping.

We do our best to ensure that all items are packaged as safely as possible so that they make it to you in the best possible condition. Unfortunately accidents during transit do occur. If you do receive an item that has been damaged in transit, please contact us within 48 hours so that we have the best chance of getting you a replacement.

When reporting damaged goods you may be asked to send in a couple of pictures of the damaged item(s) so that we can document the damages for our shipping provider and/or warehouse staff.

Pre-Orders are products that haven't been released yet, but that we can special order for you. When you place a pre-order, we order a copy or a unit from the publisher/manufacturer specifically for you, over and above our regular stock ordering. We will then ship the order to you when we receive the stock. Please allow 1-3 business days for order processing.

As we are ordering an item specifically for you, we may charge a fee dependent on the pre-order item:

If your credit card generates a decline due to being over your credit-limit or being past the expiration date, we will attempt to contact you via email about the order. After three (3) consecutive pre-order credit card declines, your account will turn into an "In-Stock Only" account until you bring your account into good standing.

Why can't I cancel Pre-Orders?

When you pre-order an item, you are authorizing Cosmic Comics to special order an item for you and charge your credit card. Placing a preorder is committing to purchasing that item as any pre-order items must be special ordered and locked in with our distributors specifically on your behalf. 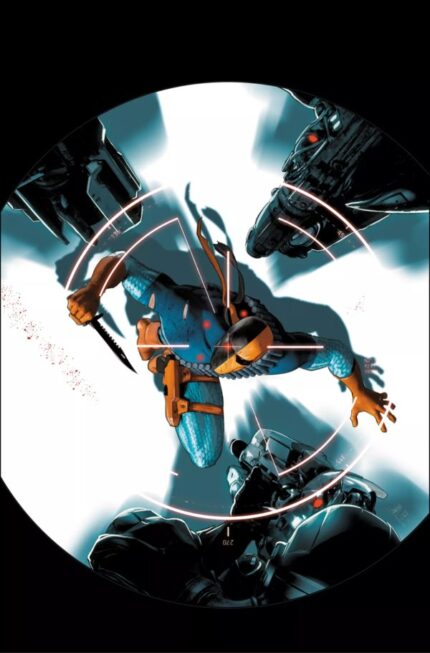 Comic Books, DC Comics, Deathstroke, The Flash
R89.00 Expected on or around Oct 25, 2022.
Writer: Ed Brisson | Penciler: Dexter SoyOutgunned and overwhelmed, Deathstroke's first mission takes a shocking and brutal turn as a new threat arises to steal his hit and his reward! Slade has to decide…live or fulfill his contract?
Add to wishlist
Pre-Order Now
Quick view

Graphic Novels, Launch, DC Launch, DC Graphic Novels, Batman Graphic Novels
R699.00
One of the most highly anticipated sequels of all time is here in THE DARK KNIGHT: MASTER RACE! In a world gone awry, left in the aftermath of the toppling of Lex Luthor and the apparent death of Batman himself, who will save Gotham City and the rest of the planet against the mysterious Master Race? This hardcover includes the entire nine-issue series with each issue’s minicomic presented at the same size.
Add to wishlist
Add to basket
Quick view 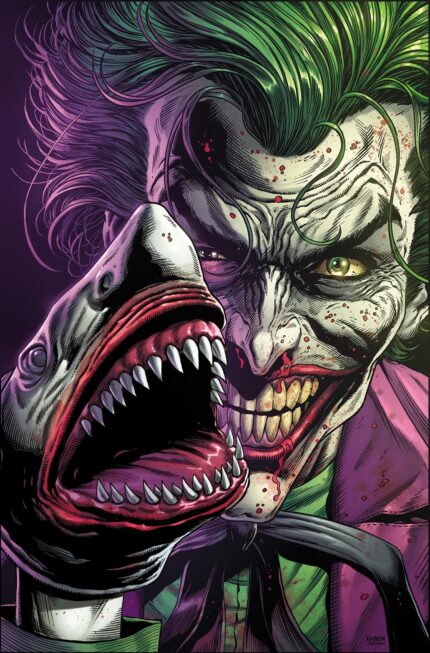 Graphic Novels, Launch, DC Launch, DC Graphic Novels, Batman Graphic Novels
R470.00
Written as a sequel to the groundbreaking BATMAN: THE DARK KNIGHT RETURNS, this masterful hardcover takes place three years after Batman's defeat of Superman. Faking his own death and creating an underworld civilization, Bruce Wayne has been keeping his eye on the world above. As that false Camelot reaches its breaking point, it's is up to the Dark Knight to emerge from the underground shadows and once again return order to chaos. Joined by his army of Bat-soldiers and his female sidekick Catgirl, an elderly Batman wages a final war against a diseased world in an epic tale that features Superman, Wonder Woman, Green Arrow, Martian Manhunter, and the Atom
Add to wishlist
Add to basket
Quick view 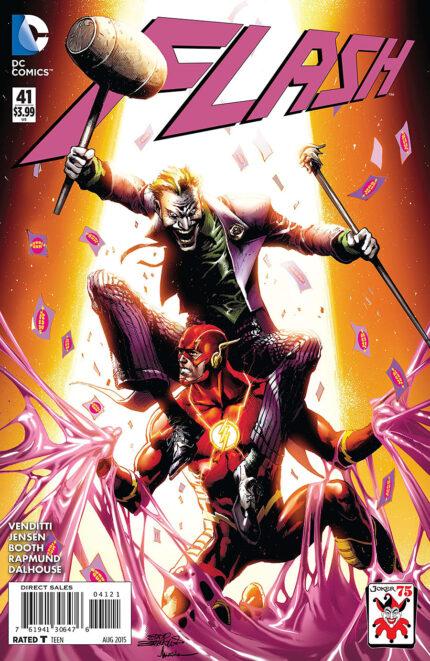 Comic Books, DC Comics, Detective Comics, The Flash
R99.00 Expected on or around Oct 25, 2022.
Writer: Simon Spurrier, Ram V. | Penciler: Rafael AlbuquerqueThe Orgham family has dramatically arrived after traumatic events at the docks in Gotham, and they are ready to reclaim the land that belongs under their name…an English surname you may better know as Arkham. As Bruce Wayne and the young Orgham prince Arzen discuss how they both want to change Gotham for the better, it seems Batman and the Orghams might have different ways to go about doing so…
Add to wishlist
Pre-Order Now
Quick view Comic Books, DC Comics, DC Events, DCeased, DCeased: War of the Undead Gods, The Flash
R89.00 Expected on or around Oct 18, 2022.
Writer: Tom Taylor | Penciler: Andy LanningTHE BLOCKBUSTER FINAL ARC IN THE SERIES CONTINUES! As a warrior princess is mourned on Themyscira, an old god comes to warn of the threat of the New Gods. Meanwhile across the stars, Adam Strange fights the unthinkable and the Main Man himself, Lobo, tears his way into DCeased. New battle lines are drawn as the anti-living spread across the universe!
Add to wishlist
Pre-Order Now
Quick view 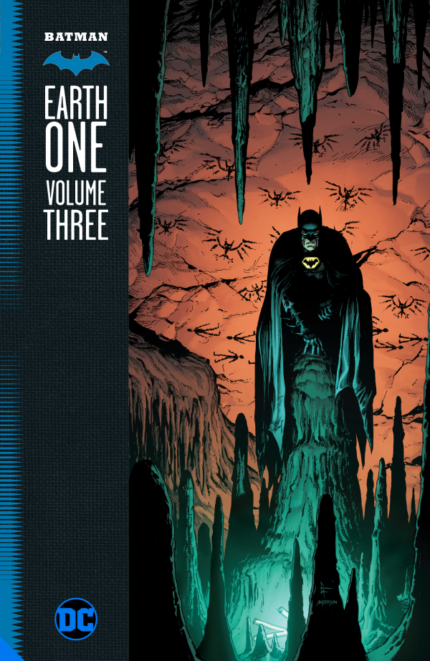 Graphic Novels, Launch, DC Launch, DC Graphic Novels, Batman Graphic Novels
R499.00
Harvey Dent is dead. Or is he?A gang of thieves thrusts Gotham City into a state of fear when they are mysteriously well-armed with military-grade weapons: flamethrowers, grenade launchers, and even tanks. And this gang claims it is funded by none other than former district attorney Harvey Dent.Balancing his two lives, Bruce Wayne must find the truth by tapping his growing network of agents, including Alfred Pennyworth, Jim Gordon, Waylon "Killer Croc" Jones, and the savvy new Catwoman.Bruce is distracted by the seemingly impossible return of another figure believed dead: his grandfather Adrian Arkham. He must also comfort his longtime friend, Gotham City mayor Jessica Dent, who is scarred both physically and mentally from her experience with the Riddler, which resulted in the gruesome death of her brother. But is Harvey back, plotting revenge on a city he proclaims to be guilty?When Batman discovers the truth behind these many mysteries, his entire world unravels...4
Add to wishlist
Add to basket
Quick view
Shopping cart
close