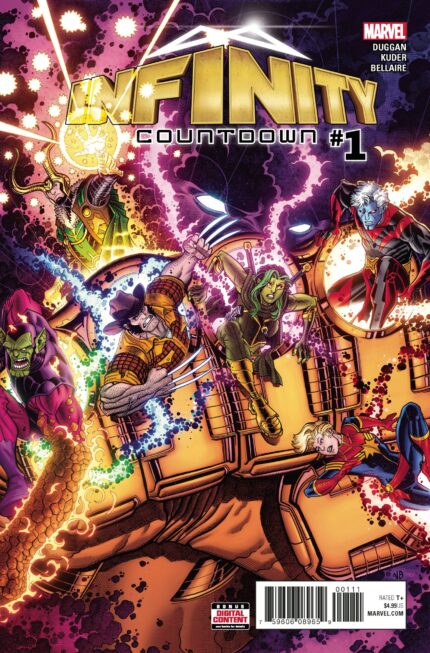 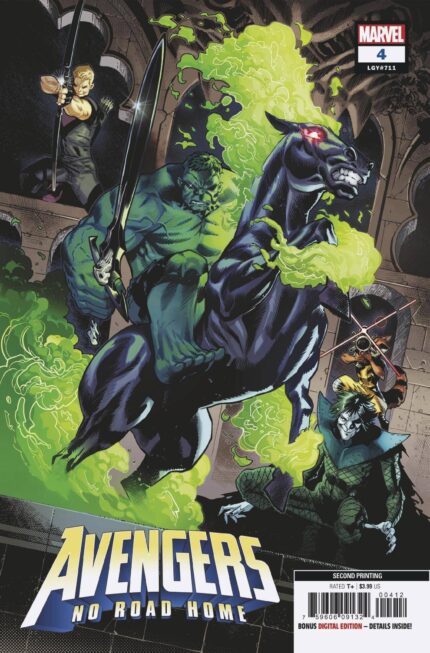 IDW PUBLISHING
(W) Ben Bates, Dustin Weaver (A) Ben Bates & Various (CA) Nick Pittara
The dull-witted Bebop and Rocksteady are feeling dejected and without purpose after their defeat to the Turtles. However, when they stumble across a time-travel scepter, they realize that their craziest, most destructive adventure awaits! Will the universe survive?

Pay over 3 EQUAL zero-interest instalments of R123.34 with PayJustNow.
Find out how...

Here’s how it works:

PayJustNow allows you to pay for your purchase over 3 equal, zero interest instalments. You’ll pay one instalment at the time of purchase, the next at the beginning of the following month and the last one a month thereafter.
#zerointerest

Browse your favourite online stores and proceed to check-out.

Choose PayJustNow as your payment method.

Create your account as easily as if your eyes were shut (though we’d recommend you keep them open).

Complete your purchase and whoop for joy!

When will my order be shipped?

At Cosmic Comics, we take pride in packaging comic books and graphic novels correctly for shipping. All comic books are boarded and bagged and packaged in T-boxes for safe, secure shipping.

We do our best to ensure that all items are packaged as safely as possible so that they make it to you in the best possible condition. Unfortunately accidents during transit do occur. If you do receive an item that has been damaged in transit, please contact us within 48 hours so that we have the best chance of getting you a replacement.

When reporting damaged goods you may be asked to send in a couple of pictures of the damaged item(s) so that we can document the damages for our shipping provider and/or warehouse staff.

Pre-Orders are products that haven't been released yet, but that we can special order for you. When you place a pre-order, we order a copy or a unit from the publisher/manufacturer specifically for you, over and above our regular stock ordering. We will then ship the order to you when we receive the stock. Please allow 1-3 business days for order processing.

As we are ordering an item specifically for you, we may charge a fee dependent on the pre-order item:

If your credit card generates a decline due to being over your credit-limit or being past the expiration date, we will attempt to contact you via email about the order. After three (3) consecutive pre-order credit card declines, your account will turn into an "In-Stock Only" account until you bring your account into good standing.

Why can't I cancel Pre-Orders?

When you pre-order an item, you are authorizing Cosmic Comics to special order an item for you and charge your credit card. Placing a preorder is committing to purchasing that item as any pre-order items must be special ordered and locked in with our distributors specifically on your behalf. 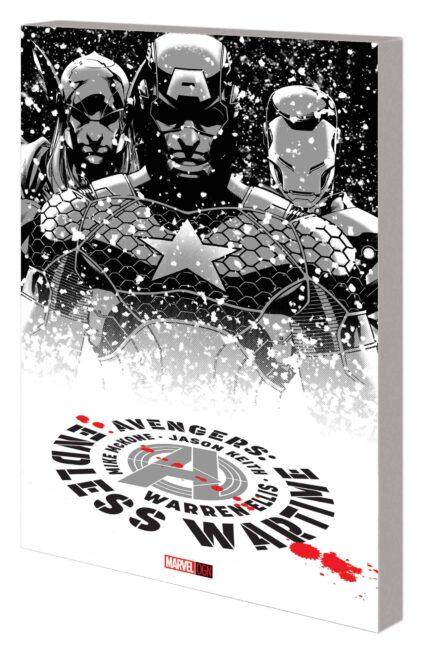 Graphic Novels, Marvel
R299.00
MARVEL COMICS
(W) Warren Ellis (A/CA) Mike McKone
The original graphic novel, in softcover for the first time! An abomination, long thought buried, has resurfaced in a war-torn land. But now it wears an American flag. Faced with another nightmare reborn, Captain America will not stand for yet more death at the hands of a ghost from his past. Haunted by his greatest shame, Thor must renew the hunt for a familiar beast. At their side, an assemblage of allies united to end the threats no one of them could face alone. They are soldiers. Warriors. Comrades-in-arms. Mighty heroes led by a living legend, stronger together than apart. They are the Avengers
Add to wishlist
Add to basket
Quick view 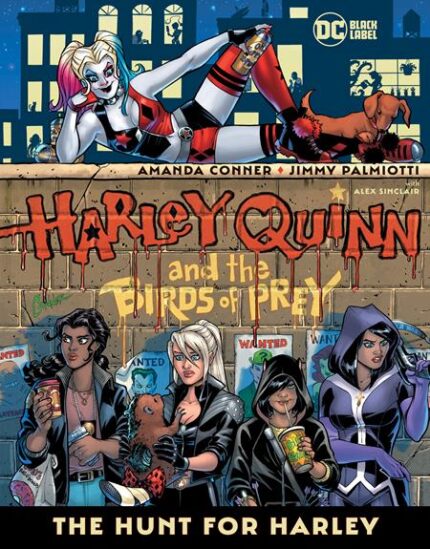 Graphic Novels, DC Graphic Novels
R350.00
(W) Amanda Conner - Jimmy Palmiotti (A/CA) Amanda Conner The creative team that transformed Harley Quinn forever returns to shake up her world once more—and this time, the gloves are off! Harley Quinn has avoided Gotham City ever since she broke up with The Joker and found a home in Coney Island. But when she gets an offer she can’t refuse, she has no choice but to slip back into the city as quietly as she can, hoping to be gone before anyone—especially her ex—learns she’s been there. But for Harley, “as quietly as she can” is plenty loud...and before she can say “Holee bounty hunters, Batman,” The Joker’s sicced every super-villain in the city on her pretty ombré head—and the only team tough enough (or crazy enough) to come to her defense is the Birds of Prey…if they can put up with her. Collects Harley Quinn & the Birds of Prey #1-4.
Add to wishlist
Add to basket
Quick view 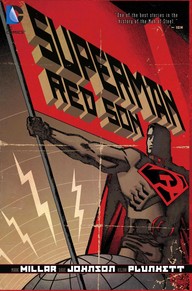 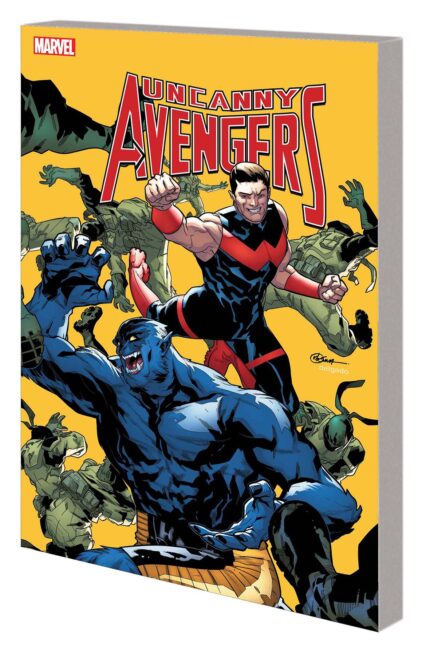 Graphic Novels, Marvel
R260.00
MARVEL COMICS
(W) Jim Zub (A/CA) Sean Izaakse
Wanda Maximoff has returned to the Avengers at last! But not everyone is happy about it. Will the team be split down the middle by the Scarlet Witch's arrival? And as the Unity Squad faces this challenge to group harmony head-on, an old enemy makes his explosive return at the worst possible time! Our heroes' lives will be turned upside down by friend and foe alike! Then, two of Earth's mightiest friends reunite at last! When it comes to super-heroics, Wonder Man and the Beast have seen it, done it and gotten the T-shirt. So what happens when Hank and Simon share a beer or two? Would you believe the Juggernaut crashes the party?! There'll be stars and garters, love and loss - but where does the Unity Squad go from here? Collecting UNCANNY AVENGERS (2015) #26-30
Add to wishlist
Add to basket
Quick view 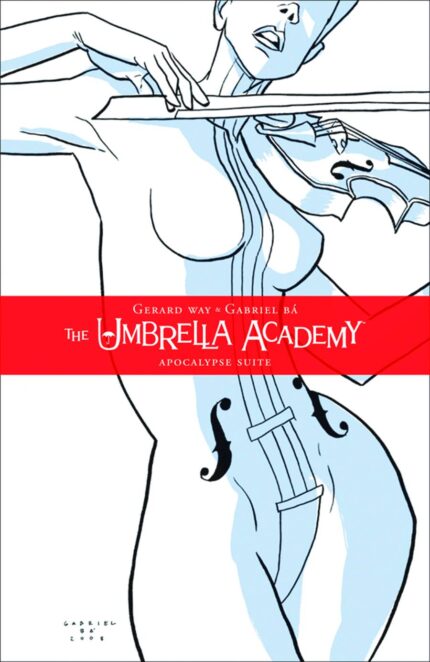 Graphic Novels, Top 25 Graphic Novels, Dark Horse, Umbrella Academy, Launch, Dark Horse Launch
R399.00
DARK HORSE COMICS
(W) Gerard Way (A) Gabriel Bá
In an inexplicable worldwide event, forty-seven extraordinary children were spontaneously born by women who'd previously shown no signs of pregnancy. Millionaire inventor Reginald Hargreeves adopted seven of the children; when asked why, his only explanation was, "To save the world." These seven children form The Umbrella Academy, a dysfunctional family of superheroes with bizarre powers. Their first adventure at the age of ten pits them against an erratic and deadly Eiffel Tower, piloted by the fearsome zombie-robot Gustave Eiffel. Nearly a decade later, the team disbands, but when Hargreeves unexpectedly dies, these disgruntled siblings reunite just in time to save the world once again. This volume collects the first six-issue series, as well as out-of-print short stories, and an expanded sketchbook section featuring work by Bá, Jean, and Way.
Add to wishlist
Add to basket
Quick view 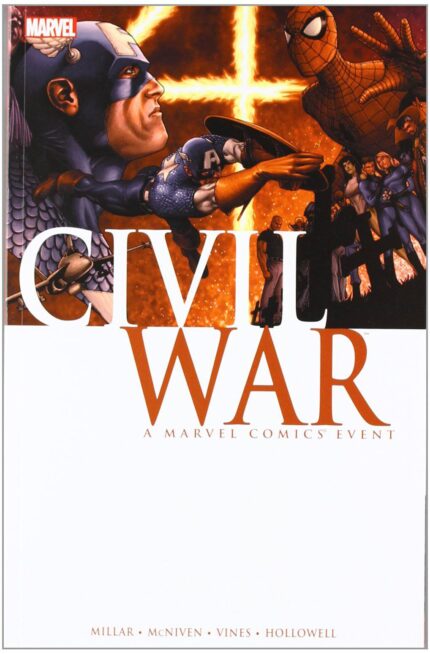 Graphic Novels, Marvel
R590.00
MARVEL COMICS
(W) Mark Millar (A/CA) Steve McNiven
The landscape of the Marvel Universe is changing, and it's time to choose: Whose side are you on? In the wake of a superhuman tragedy, Capitol Hill proposes the Superhuman Registration Act, requiring all costumed heroes to unmask themselves before the United States government. Divided, the nation's greatest champions must each decide how to react - a decision that will alter the course of their lives forever! Captain America rejects the Act and goes underground, Iron Man steps up to spearhead the registration effort - and Marvel's heroes split right down the middle! The shocking crossover that rewrites the rules, Civil War stars Spider-Man, the New Avengers, the Fantastic Four, the X-Men and the entirety of the Marvel pantheon! Collecting CIVIL WAR (2006) #1-7, MARVEL SPOTLIGHT: MARK MILLAR/STEVE MCNIVEN
Add to wishlist
Add to basket
Quick view

Graphic Novels, Zenescope
R380.00
ZENESCOPE
(W) Raven Gregory (A) TBD (CA) Michael Dooney
Where do you go when there is nowhere left to run? Back to the beginning! Tired of fleeing from Wonderland, Calie and Violet begin to search for answers by delving into Charles Dodgson's past. But a mysterious force from Wonderland might have other, darker plans in mind for them
Add to wishlist
Add to basket
Quick view 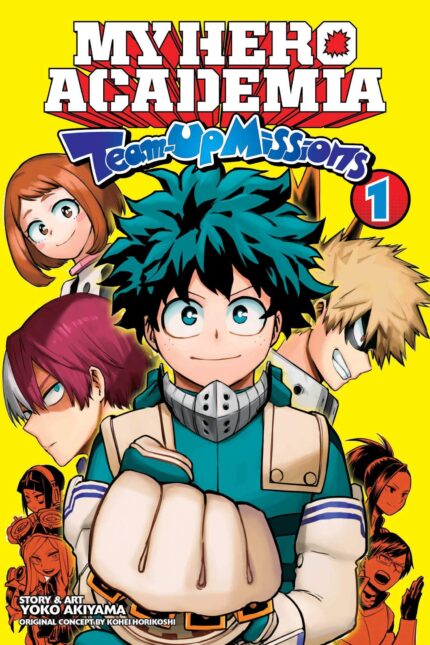 Graphic Novels, Launch, Manga Launch, Manga
R250.00
The aspiring heroes of My Hero Academia team up with pro heroes for action-packed missions!The ambitious Team-Up Missions Program pairs groups of aspiring heroes with pro heroes to go on action-packed missions! Although Izuku Midoriya and his U.A. High friends are thrilled to participate, there’s just one catch—there’s no telling who will be teamed up with whom! From top heroes to students from other classes and schools, anyone could be on the same team.Midoriya is excited for his first team-up mission until he learns that his team includes the explosive Bakugo. The pro hero they’ve been matched with is also a real wild card. Can this makeshift team cooperate, or will Midoriya’s first mission be his last?
Add to wishlist
Add to basket
Quick view
Shopping cart
close